Scouse - A Comedy of Terrors

"One of Britain's most exciting playwrights......a sensational success with audiences and critics alike, with all performances sold out."

"Brilliant......it is shockingly and side-splittingly funny." - Lyn Gardner, The Guardian

The Liverpool People's Party calls for Liverpool to be recognised
as an independent republic by the UN, the EU, NATO and UEFA.

The UK government objects and sends in the army...

SCOUSE (A COMEDY OF TERRORS) was first performed at the Everyman Theatre, Liverpool with the following cast: 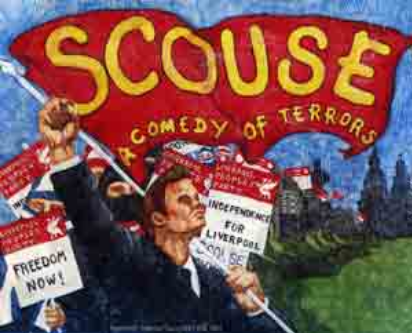 The cast for the 2016 revival by Lantern Theatre Liverpool was:

"A terrifying comedy of a plausible future...well-crafted, emotional and at times shocking." - LIVERPOOL ECHO

"The real strength of the writing tells, as the wit becomes sharper and darker." - THE STAGE

"A hilarious yet dark comedy...a moving and thought-provoking piece of theatre." - THE STATE OF THE ARTS

"This very entertaining (and occasionally shocking) production of Andrew Cullen's fine comedy...still has a lot to offer." - THE MERSEYSIDER MAGAZINE

"The beauty of this particular piece is its relevance to the world we live in today." - THE REVIEWS HUB 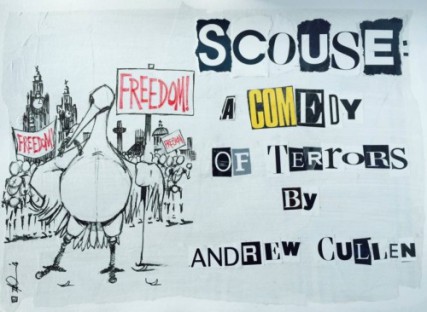 "Packed with splendid dialogue and characters..."

"...one of the most significant writers of the next generation."

Pig’s Ear was first performed at the Liverpool Playhouse Studio with the following cast:

Pig’s Ear was written with the support of the Thames TV Theatre Writers’ Scheme financed by the Peggy Ramsay Foundation. 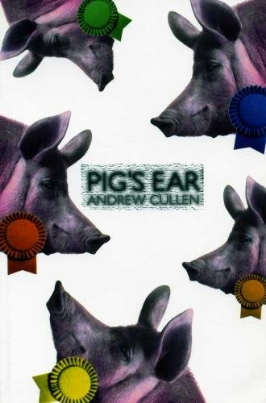 Self Catering (A Short History of the World)

"...the best advertisement for live theatre I've come across in years."

The survivors of a plane crash, finding themselves stranded on a desert island, rename themselves after their favourite film stars.

Self Catering (A Short History of the World) was commissioned by Altered States Theatre Company with Arts Council support. The play was first performed at the Liverpool Playhouse Studio with the following cast: 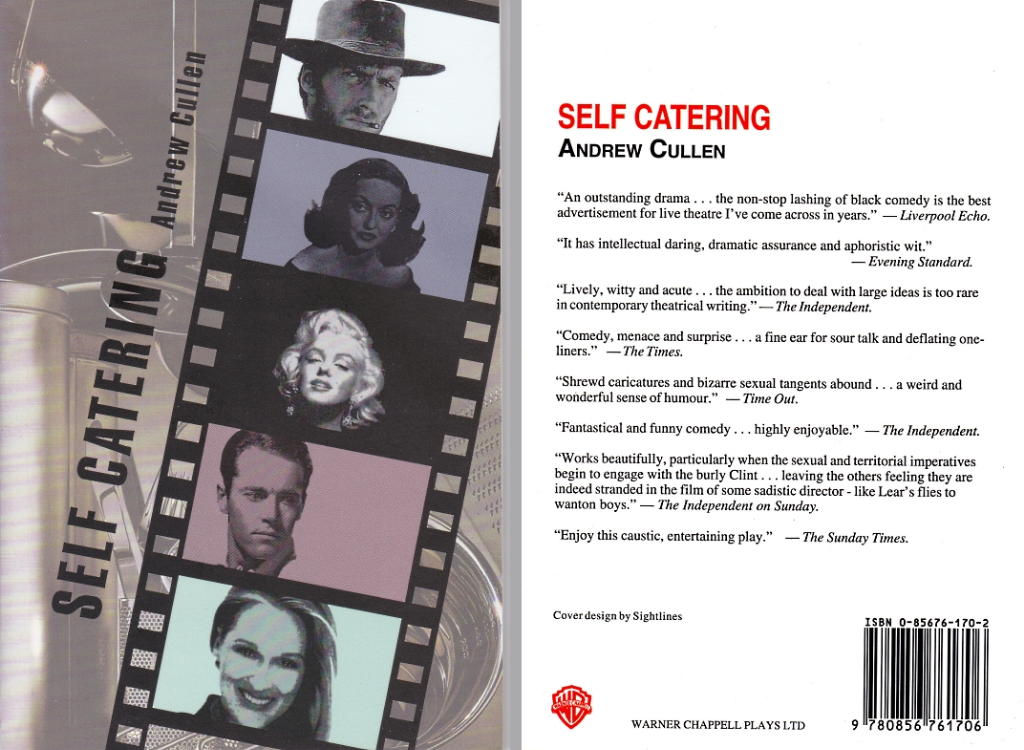 "Powerful, extremely funny and clever . . . heralding the arrival of a significant new writer in British theatre."

When a train breaks down in the middle of a forest, the driver
goes for help and doesn't come back...

North premiered at the Playhouse Studio with the following cast:

A short monologue about the life of public health pioneer Dr Duncan who was the UK's first Medical Officer of Health, appointed in the 1840s when the average age of death in the poorer districts of Liverpool was 19 and the British army rejected 75% of Liverpool men on health grounds, declaring that they were "unfit to be shot at".

The monologue was commissioned by the Everyman Theatre in Liverpool. The text has been published as part of a special edition of The Moonstone by Wilkie Collins. 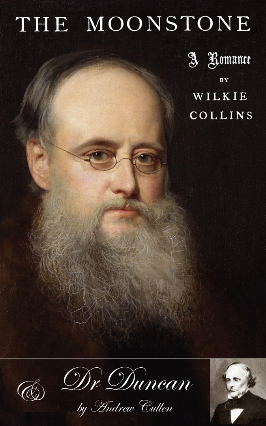